The Maryland/Israel Development Center (MIDC) welcomes Lockheed Martin as a partner and sponsor during its 25th anniversary year. Headquartered in Bethesda, Maryland, Lockheed Martin is a global security and aerospace company that employs approximately 97,000 people worldwide. The company is principally engaged in the research, design, development, manufacture, integration and sustainment of advanced technology systems, products and services.

Lockheed Martin is proud of its decades-long role in supporting the State of Israel and Israeli Defense Forces. The company’s C-130 and F-16 aircraft have been part of the Israel Air Force since the 1970s and 1980s, and Israel recently celebrated the arrival of its fifth generation F-35 Adir fighter aircraft. The company also provides a range of advanced technologies to support the security of Israel, the region and the world.

The future growth of Israel’s economy will require a constant supply of highly-trained, highly-capable technical talent and Lockheed Martin is proud of its collaboration with Israel’s Ministry of Education, Ministry of Science and Technology and the Rashi Foundation to promote Science, Technology, Engineering and Math (STEM) programs for students from kindergarten through university.

Learn more about Lockheed Martin’s partnership with Israel at: http://www.lockheedmartin.com/us/who-we-are/global/israel.html 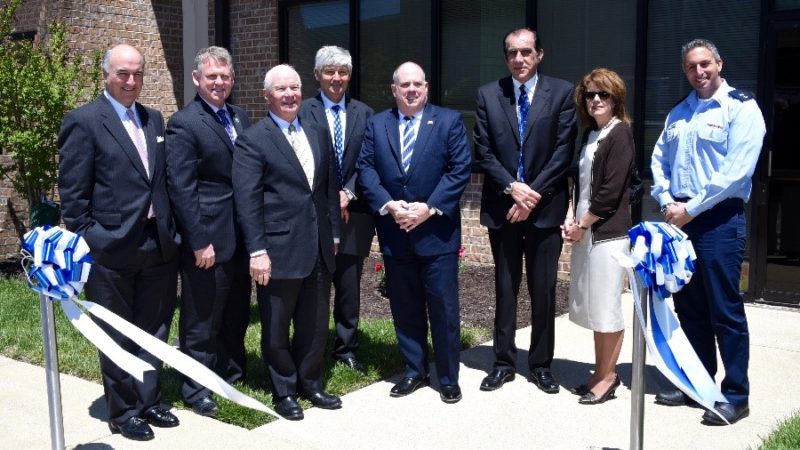 ANNAPOLIS, MD – Governor Larry Hogan today celebrated the grand opening of ELTA North America’s new headquarters facility in Annapolis Junction. The governor was joined by ELTA Systems CEO Nissim Hadas and ELTA North America President and CEO Eric Womble, as well as Senator Ben Cardin and Israeli government officials. The expansion of ELTA North America, a leading defense manufacturer, was announced during Governor Hogan’s Economic Development Trade Mission to Israel in September 2016. The company upgraded from a 7,500-square-foot-facility to a 21,500-square-foot-facility and plans to add up to 50 new jobs over the next two to three years.

“Maryland has a great deal to offer the global community, and as we see today, ELTA is the perfect partner,” said Governor Hogan. “We are proud that ELTA calls Maryland home. The critical work that the ELTA North America team is performing will help keep our nation, and our world, safer in the face of unprecedented threats.”

By the end of 2018, ELTA North America expects to employ more than 100 workers in their new Annapolis Junction facility, which is three times larger than their original headquarters.

“ELTA North America is proud to join the Maryland Radar Corridor as an innovative contributor,” said Eric Womble. “Over the past 24 months, our company has grown from zero to $250M with cutting edge products. We are proud to call Maryland our home.”

About ELTA North America: ELTA North America is a global leader in the design, manufacture, and support of innovative electronic systems for the United States government. These proven high performance systems and focus on customer satisfaction are the foundations of the company’s commitment to providing solutions to the nation’s warfighters, security personnel, and first responders. The company provides solutions in the ground, maritime, airborne, and security domains.

Mintz Levin is an Am Law 100 firm with over 500 attorneys in eight offices in the U.S. and the UK. The firm uses a cross-disciplinary approach to serve clients worldwide. Mintz Levin attorneys advise industry-leading clients on rapidly changing legal and regulatory requirements. The firm serves clients of all sizes and stages of growth, including Fortune 500 companies, middle market and privately held businesses, entrepreneurs, emerging growth companies, government agencies, and nonprofits.

Mintz Levin has more than 15 years of experience delivering results for Israeli companies. The attorneys in its Israel Practice know Israel’s business community, culture, and legal and regulatory landscape, and are recognized for work in industries that fuel Israel’s economy. The firm’s highly ranked practices, recognized by Chambers Global, have helped hundreds of Israeli companies of all sizes grow their business in the US market. The Mintz Levin team serves many Israeli clients, and has strong relationships with top law firms in Israel — as well as a global network of international firms — to help address a wide range of matters, in any jurisdiction.

The MIDC thanks Mintz Levin for its 2017 sponsorship and hosting the MIDC Day at the Israeli Embassy on Tuesday, June 27, 2017. For more information and to register go to>>>. 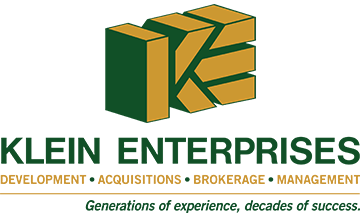 Over four generations, Klein Enterprises has grown from a single department store to more than 3 million square feet of commercial and residential properties, all while upholding a tradition of hard work and innovative ideas instilled by the Klein family. Klein Enterprises, based in Baltimore, has decades of experience and success in development, acquisitions, brokerage, leasing, property and asset management. For more information on Klein Enterprises, visit www.kleinenterprises.com.

Milestone Sports, a sports tech company focused on connecting retailers to consumers through wearable devices, announces a new distribution partner in Fleet Feet Sports, the leading U.S. running retailer with 170 locally owned and operated stores across 37 states and the District of Columbia.  Milestone Sports is based in Columbia, MD, with R&D partners in Tel Aviv.

Last fall, an initial pilot was launched in a dozen locations. Today, more than 40 Fleet Feet Sports stores are now selling the MilestonePod and using the companion marketing platform, MilestoneConnect.

“We continue to seek out products and brands that provide a unique and exciting retail experience for our customers,” said Ben Cooke, Vice President of Retail Operations for Fleet Feet Sports. “Milestone Sports meets two real needs of ours and that is the ability to help our customers run or walk comfortably, as well as help customers track when it’s time to buy a new pair of running shoes. Our staff is excited because it really helps extend the knowledge and service we provide to our customers outside of our stores.”

The MilestonePod (MSRP $24.95) is a small, waterproof device that clips onto running or walking shoes and syncs with a smart device for gait and performance insights.  “This company started with the desire to support runners while also helping shop owners better serve their customers,” said Jason Kaplan, President of Milestone Sports. “We set out to create a low-cost device and platform that gives runners a high-value experience and gives retailers a new, high-value communication channel. We are very excited that Fleet Feet Sports shares this vision and we look forward to working with them as they lead the retail industry into the future of loyalty.” 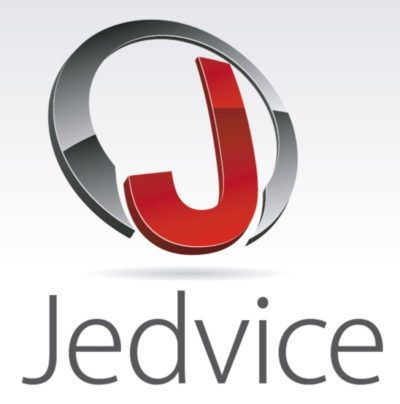 Jedvice, a Baltimore-based software company founded by Eran Jedweb of Israel, has created JedEye, a mobile solution that enables first responders to “see” the entire layout of a facility in a perspective that allows them to immediately and automatically orient themselves to an emergency situation.

With JedEye first responders, such as police responding to an active shooter, can instantly assess an unfolding situation and respond accurately and fast, containing or resolving the situation and saving lives.

Jedwab moved to Maryland in 2013 with his wife, a postdoctoral researcher at the University of Maryland School of Social Work. He earned two engineering degrees from the Technion–Israel Institute of Technology and spent six years in the Israel Defense Forces. He became a technical officer of the Land Radar Unit and helped manage a defense systems program during the Second Intifada.

JedEye was developed with funding from the Maryland Technology Development Corp. (TEDCO) and input from Johns Hopkins University. The main idea is to dramatically cut down the time it takes to neutralize a threat to the public. JedEye enhances situational awareness of first responders to understand the layout of a location and movement of the threat. It blends video displays and multiple screens into a live representation of the site, removing the need to be familiar with the layout of the site. It is a “bolt-on” software solution capitalizing on organizations’ investment in indoor and outdoor cameras.

“We can immediately see the entire facility and form a view of what is going on without being familiar with where the cameras are located and which camera is showing what,” explains Eran, as he demonstrates the system, showing images of all the cameras at a school in Pikesville. “Imagine police officers responding to an active shooter situation at the school. They are immediately aware of the entire structure and provided with the location of the shooter. They know where the bad guys, how many there are and where they are headed. So they can intervene immediately.” The technology is now deployed at facilities in the greater Washington, D.C. area.

To learn more about Jedvice go to>>>. 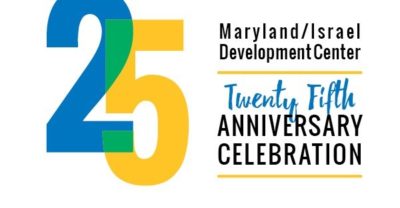 The MIDC thanks all its marketing partners for our 25th Anniversary Celebration.

The U.S. Department of Energy (DOE), Israel’s Ministry of National Infrastructure, Energy and Water Resources, the Israel Innovation Authority, and the BIRD Foundation have established “BIRD Energy,” a program to provide grants to U.S. and Israeli companies to conduct joint research on new renewable energy and energy efficiency technologies. Proposals are due in July 2017. For more information contact the MIDC and go to >>>.

Over 200 people attended the MIDC’s 25th Anniversary Celebration on Sunday, May 7, at the Baltimore Museum of Industry. Governor Larry Hogan congratulated the MIDC on 25 years of successfully increasing trade and investment between both communities, noting that Maryland has moved into the ranks of the top ten states in the nation for overall economic performance adding more than 95,000 jobs in 2016.

MIDC Executive Director Barry Bogage was awarded the 2017 “Hanan Y. Sibel Maryland/Israel-Business Leadership Award” for his 25 years of leadership and professional excellence. Hanan Sibel, Co-Founder of the MIDC and namesake of the award, presented Barry the well-deserved award. Governor Hogan also presented Barry with a Governor’s Citation from the State of Maryland. 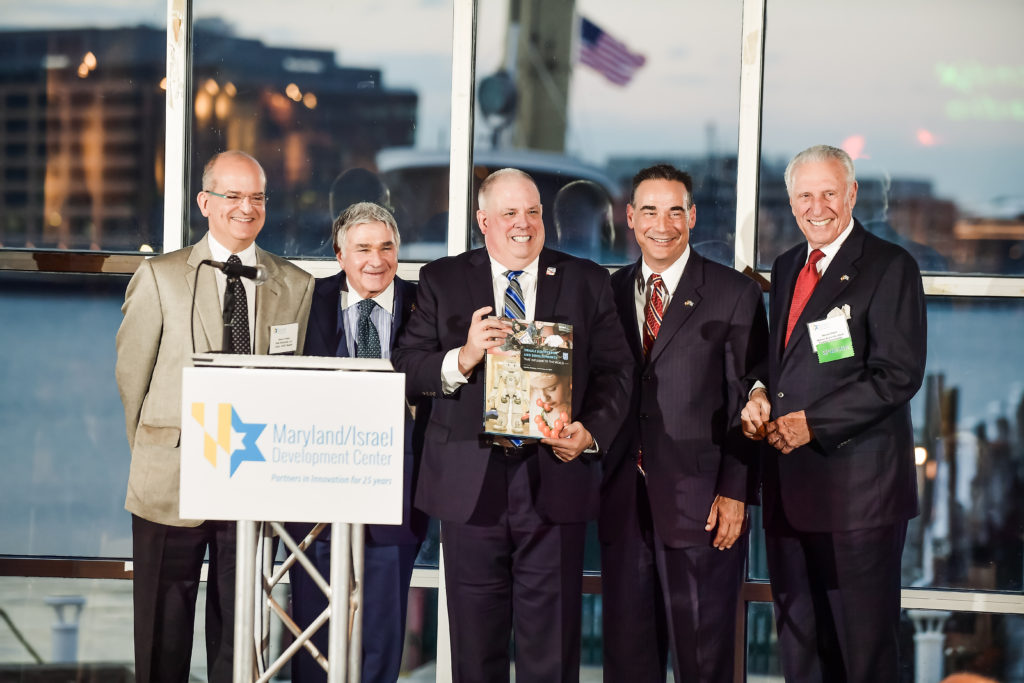 JM Schapiro, Jill Mull and Dara Schnee, grandchildren of the late Marvin Schapiro, the visionary behind the founding of the MIDC, said their grandfather would have been incredibly proud to see the success of the organization and the business partnerships that have grown and flourished. 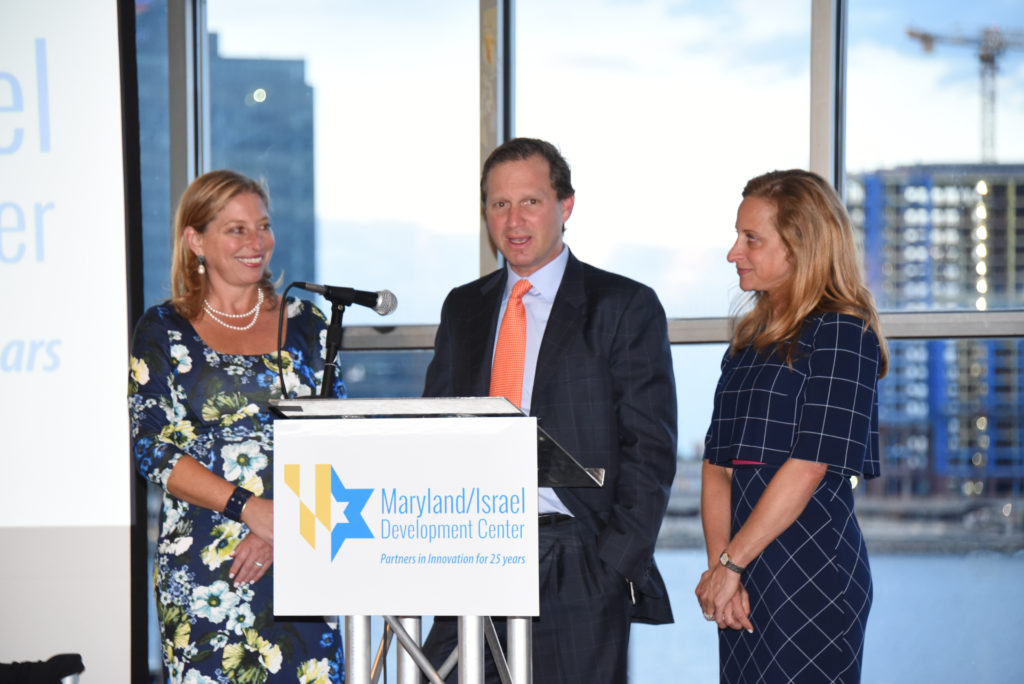 Other 25th Anniversary presenters included MIDC board members Lynn Shapiro Snyder of Epstein Becker and Green, and Mike Gill, Secretary of the Maryland Department of Commerce.

Traveling from Israel for the 25th Anniversary Celebration were Nissim Hadas, President of Elta Systems along with Israel Lupa and Yaron Tzvi who were also participating with Governor Hogan in the ribbon cutting of Elta’s new Maryland facility; Todd Dollinger, President of The Trendlines Group; and Avi Rosenzweig, the MIDC’s Israeli Business Development Representative.

And click here for photos from the Office of Governor Hogan Gallery.

Researchers at Ben-Gurion University of the Negev and the Sheba Medical Center said they have have developed a way to treat atherosclerosis and prevent heart failure with a new biomedical polymer that reduces arterial plaque and inflammation in the cardiovascular system.

Atherosclerotic cardiovascular disease causes 56 million deaths annually worldwide, according to the 2015 Lancet Global Burden of Disease Report. Arteries are lined by a thin layer of cells called the endothelium which keep them toned and smooth and maintain blood flow. Atherosclerosis begins with damage to the endothelium and is caused by high blood pressure, smoking or high cholesterol. The resulting damage leads to plaque formation.

When endothelial cells become inflamed, they produce a molecule called E-selectin that brings white blood cells (monocytes) to the area and causes plaque accumulation in the arteries.